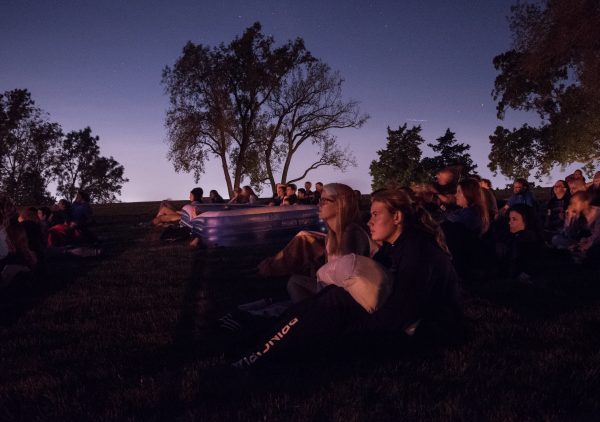 We all know Wonder Woman is a boss. The Wonder Woman movie that came out over the summer, starring Gal Gadot and Chris Pine, is just as boss as the superhero herself. The film is fantastic, but just because Diana can lift a tank over her head and chill with it there for a hot sec – even though that was truly inspiring and makes me want to take up cross fit – it’s also about the efforts that went into making this movie and the incredible minds behind it.

Last Friday, Wonder Woman was shown on the Chapel Green, and the atmosphere was electric with everyone hyped as the Amazonians rode in across the beach. This movie obviously means something to a lot of people, myself included, and I decided to do a bit more research into what makes this movie as groundbreaking as it is.

Sophomore Jen Fisher said, “It changed the way we see the female superhero because with Black Widow she’s so crazy amazing, but they sexualize her”. When asked what sets the princess of the Amazons apart, she continued to say, “The movie isn’t focused on her body. It’s about her brain and brawn, and people respect her for that.”

But we can’t just chalk it all up to Diana of Themyscira alone. There is more that went into this movie that makes it truly iconic – not just for women, but for the entire film industry.

First, Patty Jenkins. A lifelong Wonder Woman fan had been working since 2012 to think of how she could portray Diana, as a very modern woman, in the role she deserves while setting her in a period piece in World War I.

Jenkins’ first mission was locations. In this two-hour film alone, the cast and crew shot in 38 different locations spanning across England and Italy. They built full sets, and the beach scene alone took a week to shoot to perfection. Jenkins and the Director of Photography Matthew Jensen, worked countless hours studying the WWI era painter John Singer Sargent. They loved the bold and striking color palette he used during that time and felt it best helped display Diana’s bold essence.

This prompted Jenkins to use a dark blue smoke instead of the average white for the No-Man’s Land scene so it would contrast better with the type of film they were shooting on and the costumes involved. It’s about the details people.

Second, the Amazons. Seeing as the Amazonian warriors were a legit fighting force in Ancient Greece, Hippolyta was a true queen and, fun fact, trained eagles in her spare time. When the costume designers were putting together Hippolyta’s armor, they decided to weave eagles into the breastplate along with everything else Hippolyta wore. They did this kind of research for each Amazonian’s armor, so you can only imagine the dedication.

Wonder Woman is no stranger to the cliché comic book scenes, of course, but as junior Alex Kamau notes, “It has a lot more than just comic book influence. We’ve seen battle scenes so often but the way they incorporated sequences into this film has a purpose – not just to show off or be flashy.”

I know we’re all thinking about that cliché scene where Diana goes into a rage after… that one character does that thing that makes us all sad. Even though it’s been done countless times to evoke emotion, this one was definitely not overlooked.

It’s no secret that Wonder Woman made her mark in the movie industry, and we’ll have another opportunity to see her in Justice League on November 17th (and the sequel which Patty Jenkins just signed on to direct). But next time you sit down to watch Diana kick some butt in an alley in London, notice that she doesn’t put her foot on her opponent once he’s beaten and demand answers. Instead, she kneels down and tries to help him. That’s the biggest difference in this superhero movie that truly sets it apart; humanity and love. Both are seen in the storyline, and the people behind the scenes worked hard to make that happen.