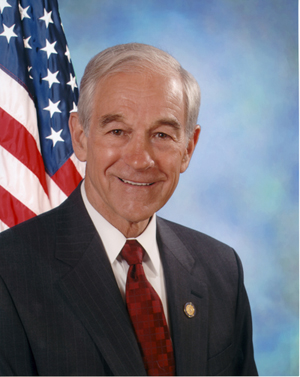 If Ron Paul’s victory in the CPAC straw poll demonstrates anything, it is that not only the pot-smoking, anti-war hippies support Ron Paul. Hippies have had trouble voting for years because — surprise! — they tend to have a lack of motivation; Paul’s supporters definitely care and know how to organize for their cause.

What exactly is that cause? It is currently centered around one man, but let’s be honest. Ron Paul isn’t exactly a young-looking charismatic speaker who is in with all the latest fads. On the contrary, he’s a whiny-sounding old man.

It seems that we young people are drawn to Paul for a variety of reasons. Some like his “non-interventionist” and anti-war foreign policy. Others like his stands on the Constitution, Austrian economics, and the Federal Reserve. And yes, some are pot-loving hippies that hate “the Man.”

There is a trend here: young people like lofty principles and illustrious ideals. This is the largest reason our generation voted overwhelmingly for Barack Obama in 2008. Not only were “Hope” and “Change” catchy slogans, they reflected Obama’s post-partisan yet unapolegetically ideological stances. Plus, Obama ran against the establishment. The bright-eyed and optimistic youth loved this stuff.

Many members of the GOP have given up on the youth vote, but it is important to remember that this trend goes beyond Barack Obama and Ron Paul.

A different Ron, Ronald Reagan, did extremely well with young voters and dominated this demographic by 20 points in his reelection bid in 1984. Reagan was relentless in his defense of liberty and smaller government, and this, along with his vigorous efforts to defeat communism, rallied the youth to his cause. He gave them something to fight for.

Reagan, like Paul, was not afraid to speak about his values. The current perception is that young people can only be enchanted by Utopian liberalism, but Reagan proved and Paul continues to prove this not to be the case. Young voters are attracted to principled causes.

The GOP’s problem is that during the Bush era, they had no tangible fiscal principles. They clearly weren’t for smaller government. Republicans ballooned the size of the bureaucracy with ‘No Child Left Behind’ and created a new massive entitlement program in Medicare Part D. In his eight years, George W. Bush grew the federal budget by an unprecedented $700 Billion.

Bush-era Republicans offered no strong contrast to Democrats; the GOP was essentially a watered-down version of the Democratic party.

Republicans have already learned many of the needed lessons from the Bush era, but if the GOP really wants more young people, they will start following Ron Paul in as many ways as they can. Republicans will never agree with Paul’s foreign policy, but I would argue that many of Paul’s supporters don’t completely agree with it either.

Like Reagan was in the 1980s, Republicans need to become unabashed proponents of freedom, liberty, and the Constitution. Some GOP politicians like Gov. Bob McDonnell of Virginia have already experienced success hailing federalism and the founding fathers. In an era of big spending in Washington, this language is distinct and attractive.

Let’s think about this from a message standpoint. It is tough to find any young person, or any American for that matter, who does not like freedom, liberty, and the Constitution. Freedom is sexy. No one likes being restricted by the chains of government, and it is about time Republicans start having the courage to use this type of verbiage.

If the GOP wants to win more than one or two elections, they will also have to figure out how to apply these principles in governing our complex federal government. Balancing budgets and reducing the debt are easier said than done.

Considering that the youth will be the ones burdened with most of the debt we are incurring now, Republicans will have to make the government sustainable by reducing its size – something Ronald Reagan was not even able to accomplish. The GOP must attack the bureaucracies and drastically reform entitlements.

Part of this will be controlling the supposedly unlimited source of money for the federal government: the Fed’s (technically the Treasury’s) printing presses. Ron Paul’s book End the Fed brilliantly lays out how the Fed has gotten us into problems by trying to manage our economy and monetize our debt. The Fed has become an enabler for big government and big business bubbles, both of which our country cannot afford.

The GOP can include the massive youthful base that Ron Paul enjoys if they get back to the principles of free markets and the language of liberty. This strategy will bring Republicans success for years to come if they can finish the job by doing what must be done: cutting federal spending.