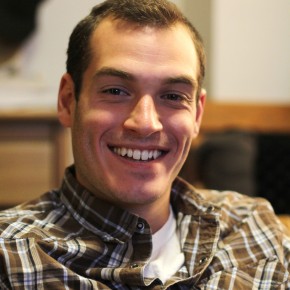 When you’re first introduced to Matt Orlando, you’ll notice his great interest in meeting new people and learning about foreign cultures.. After graduating from the Principia Upper School, Matt spent his four college years completing a business administration major in addition to two minors in environmental and Asian studies. That combination worked well with Matt’s choice of abroad program. In 2010, he went on the Japan Abroad and spent eight weeks mainly in Tokyo and Kyoto. A short trip to Trinidad with the biology department this March enabled him to study sea turtles and experience a beautiful Caribbean Island. Both abroad programs were definite highlights of Matt’s Principia experience. During his senior year, he also served as a Resident Assistant in Anderson Hall and helped welcome the Class of 2015 with extensive rounds of “Zombie Tag” in the Science Center, among various other activities. Matt clearly has a variety of interests and is now looking forward to  an internship with Congressman Lamar Smith on Capitol Hill, in Washington, D.C. With his family living in Virginia, this internship is a perfect fit for Matt. 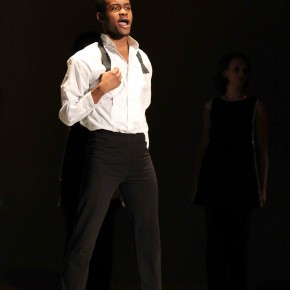 Jay Amuka is one of just a few international students to earn a degree in theater at Principia College. Throughout the last four years he has participated in several major productions and plays, including classics, contemporary pieces, and musicals. In 2011, Jay studied theatre on a professional level in England as part of the fall abroad. Upon his return, he portrayed Pericles in Shakespeare’s play of the same name. Before coming to Principia, Jay had not planned to declare a theater major. After taking classes with Professor Trish Brown, however, it became clear that acting was the path he wanted to pursue. Jay told the Pilot why he loves theatre so much, saying: “Acting enables me to see the world from a different person’s perspective.” Besides landing major acting roles on the Principia stage, Jay was also one of a handful of students to participate in Dance Production for four years and had the opportunity to choreograph two original pieces – both dramatic and skillful duets – in the 2011 and 2012 productions. After graduation, Jay will continue his theater training at the American Academy of Dramatic Arts in Los Angeles. He is looking forward to applying his achievements and experiences as a motion picture actor beyond that. 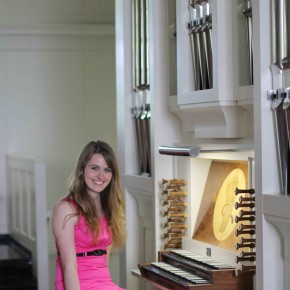 Nicole Tisdell is a unique senior in many regards. Though she is a business administration major, Nicole has maintained an interest in performing arts. During her freshman year, Nicole played Eileen Sherwood, the lead role in the Musical “Wonderful Town.” This experience, one of her biggest Principia highlights, also fit well with Nicole’s music minor. Nicole served as a Sunday church soloist several times and plans to use her vocal training and experience after graduation. Nicole choreographed her own piece for this year’s Dance Production, which she worked to prepare for several months leading up to the show. Overall, Nicole has always enjoyed the rich and diverse possibilities Principia has to offer: “I would like to express gratitude for an unlimited amount of opportunities here at Principia College to explore and expand upon all of my interests.” After graduation, Nicole hopes to pursue a career in the fields of marketing, social events planning, and graphic design. Nicole says she would  ultimately love to create her own business and pursue her passion for piano, organ, and vocal performance. 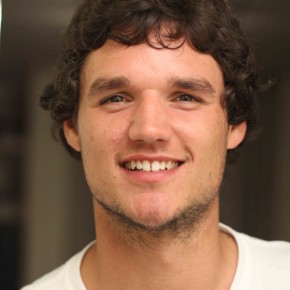 When one considers the number of incredible athletes at Principia College, Greg Ball is sure to come to mind. While graduating with a degree in mass communication, Greg spent the majority of his time outside class on the baseball field. Greg played four seasons of baseball in college and reflects positively on his Principia athletic career. His activities, however, were certainly not limited to baseball. Greg says he enjoyed living in Lowrey and participating in house events as well as winning intramural basketball two years in a row. Other interests and highlights include bird watching with friends, broadcasting on Principia Internet Radio, serving as an Admissions Ambassador during visiting weekends, serving on Student Senate, and participating in the Winter 2010 Hawaii Field Study Program. Looking back on his four years at the College, Greg gives this advice to younger students: “Take it all in because it goes by too fast. Experience everything Prin has to offer, and don’t be afraid to go out of your comfort zone to try something new.” Overall, Greg acknowledges that he will miss the Principia baseball team most after graduation. Fortunately, however, Greg can continue to pursue his passion. Following a recommendation from former baseball coach Pete Paciorek, Greg will travel to Europe this summer and play professionally in Sweden. 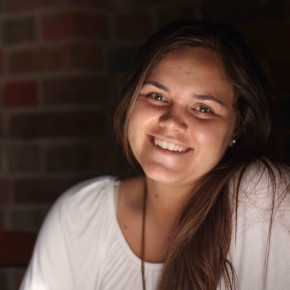 When you ask Alicia Girbes-Pierce about her personal highlights as a Principia student, she will tell you about two experiences. Most people will probably guess her first response : soccer! Alicia played on the women’s soccer team for four years and says she has had her greatest spiritual growth and discoveries on the field ith her team. Alicia, herself a very successful offensive player, is sure to take those lessons attained in practice and competitions with her after graduation. Alicia’s second highlight of college career is studying abroad. Alicia went on the Guatemala and Peru Abroads and had the chance to perfect her highly proficient Spanish skills. In addition, the Spanish major traveled around six Latin American countries with one of her teammates on an independent abroad. Now Alicia is finishing her degree with a special focus on Hispanic studies and a minor in sociology and anthropology. Graduation certainly won’t limit Alicia’s global interest and focus. She recently bought a one-way plane ticket to Spain and is planning to stay there at least a year to better acquaint herself with Spanish culture and language. Alicia has Spanish ancestry and is looking forward to living in Europe and hopefully playing soccer with the Spaniards, who are currently soccer world champions. 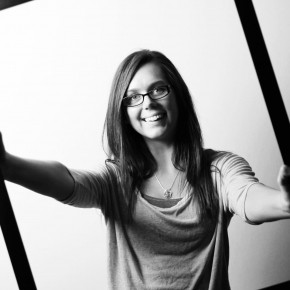 If you have ever wondered what art majors spend their time doing in Voney, you might want to talk to Kendall McMurray. Graphic design and art are an important part in her life, which you can tell by looking at her pieces on display in Voney, Radford, or the Marshall Brooks Library. Besides these interests, Kendall was also member of the Solar Car team and had the opportunity to travel to Australia with her teammates in 2009. Kendall also traveled to Hawaii, Greece and Turkey on two separate Principia abroads. The last program was specifically focused on art and art history and thus perfectly suited to Kendall’s major. While the abroads were highlights of her college life, Kendall enjoyed the general atmosphere at Principia: “Principia has such a precious environment in which we, as individuals and as a community, are inspired to grow. I will miss being able to walk, in quiet reflection, along the bluffs, [working] late nights in the art studio blasting music and laughing with friends and deepening friendships with the wonderful people that walk this campus.”
Originally from California, Kendall is now looking at job opportunities in Colorado, one of her favorite states. She recently applied for a graphic design position at the Olympics Training Facility and is now waiting to schedule an interview with the organization in Colorado Springs.