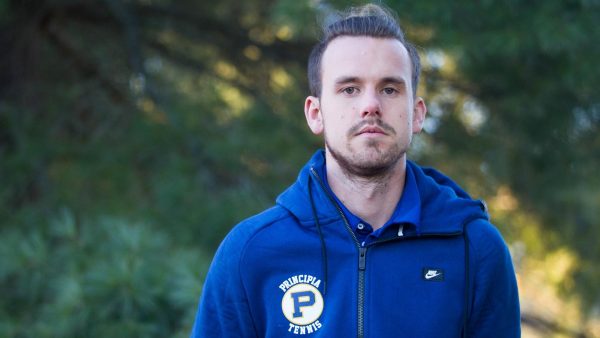 Nat Kenworthy helped Principia College clinch an undefeated SLIAC regular season, earning him Player of the Week honors. Kenworthy, a sophomore from Perth, Australia, recorded a pair of conference wins last week over Greenville College. He picked up a 6-3, 6-4 win at #3 singles and followed with an 8-1 win at #2 doubles, with his teammate Jules Kitchingman.

Men’s tennis takes this week off to prepare for their final regular season match next Tuesday against Missouri Baptist, followed by the SLIAC Championships next Friday and Saturday the 28th and 29th of April.