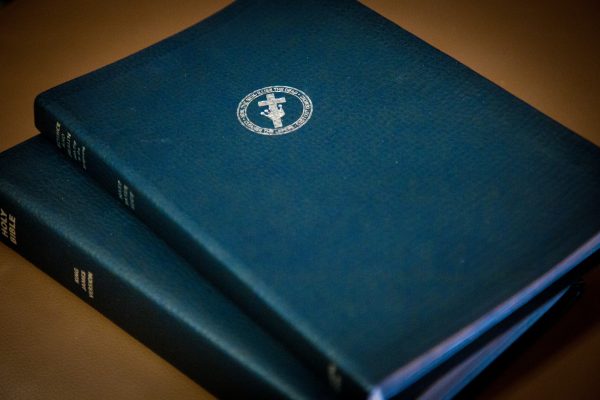 This semester, Student Government has teamed up with the Christian Science Organization and Student Life to create a Benevolence Fund that will help students in need cover the cost of Christian Science practitioner services.
As part of its mission to care for the well-being of Principia College students, Student Government, with help from Dean of Students Debra Jones and CSO President Vanessa Ramirez-Jasso, spent these past two semesters working on the creation of the Benevolence Fund.
“We were looking to clear out a roadblock for people wanting to use practitioners,” says Student Body Vice President Robby Butler.
For students to utilize the fund, students must first apply. Once approved, they can then receive aid from the fund to pay practitioners’ fees.
“I think a lot of students are hesitant sometimes to engage a practitioner because they are concerned about the cost,” says Christian Science nurse Danielle Puduski. “Alleviating that deterrent for them and allowing them to focus on the healing is very helpful.”
Several students have already shown interest in applying for the Benevolence Fund this semester, even though it has yet to be fully advertized for.
Student Government, CSO, and Student Life budgets equally finance the Benevolence Fund. Therefore, if students are to be approved, “the Dean of Students, the Student Body President, and the President of the CSO, [each act] as [a] representative [for] each portion of the fund,” said Student Body President Emma Herman. Upon approval, the fund managers will then handle the invoice from the practitioner.
Those involved in the creation of the Benevolence Fund hope that it will encourage students to work, without worry, with practitioners. However, they are not yet clear on how to assure the fund will not be abused while encouraging those who could potentially be helped to apply.
Another area of uncertainty regarding the Benevolence Fund is how it will cover the extra tax on an international invoice when calls are made to practitioners from outside of the United States. The fund managers will only receive an invoice from the student’s practitioner, but will not be able to view the amount of the international tax.
The fund managers are currently looking for a way to solve this problem.
“We are keeping that in mind and letting international students know that that is something they need to be aware of,” said Ramirez-Jasso. The first fund-users will serve as “guinea pigs,” but their experiences will help to work out any kinks within the system.
People often wonder where the line is between needing to pay practitioners and simply having a conversation with them. According to Puduski, “when the person specifically asks for a treatment from the practitioner,” they are then expected to pay.
Practitioners are often eager to help answer questions about Christian Science, but asking for help in prayer or in treating a specific issue will incur a fee. While all practitioners are different and some may disclose what they charge upfront, it is common practice for the caller to ask what the practitioner’s rate is before asking specifically for a treatment. In the case of the Benevolence Fund, that responsibility still falls to the student who will then request funding.
“We want [students] not to feel hindered. That’s the whole goal,” said Herman.
Students can apply for the Benevolence Fund on Prinweb under “Request Forms.”