Most colleges want experts in their productions––they use highly experienced choreographers and performers, and their students even specialize in these areas. Principia is not most colleges. Every spring semester Dance Production is performed, in which 11 out of 13 dances are choreographed by students. The performance is rehearsed and staged in only eight weeks, and half the cast are freshmen or new to dance. Dance professor Hilary Harper-Wilcoxen said, “This is unheard of in any other college.” At Principia, Dance Production has become a vehicle for growth and creating a stronger community.

Many students join Dance Production as a way to share their creative side and get over stage fright. Junior Gabriel Hudson performed in the 2014 Dance Production, and said that he auditioned to help him get over his fear of the stage and to take full advantage of all of Principia’s opportunities. For Hudson, the process was rewarding and he discovered dance to be a “pure expression of freedom and Soul.”

Senior Austin Romo joined Dance Production in his early years at the College to become a part of a group that made a masterpiece. Romo found that the experience helped him grow as a person. He said, “The growth that I have noticed in myself is my boost in confidence [from] my hard work. I am very proud of doing my part wherever I am, but building technical abilities to exceed performance expectations beyond its objective is a key to expressing Soul. I feel myself improve at every dance rehearsal.”

Freshman Niklas Peschke auditioned for Dance Production after a fellow dancer encouraged him. Peschke said, “I never expected the growth I have made since my first day. I have become more willing to be expressive and soulful with my movement, as well as just letting go of self-consciousness.”

According to Harper-Wilcoxen, students do not just learn how to dance, but they also learn how to take the skills they learn from dance and implement them in life. She said that dance is a means to “connect the dots and put theory into practice.” She added that Dance Production “becomes a place [for students] to grow spiritually, [and,] as a community…[learn to] support and challenge each other.” Peschke confirmed this. “Not only am I improving my dance skills, but I’m improving my work ethic, discipline, listening, and coordination skills. It’s a spiritual journey which everyone is willing to grow into–no matter what kind of dancer [they] are,” he said.

The dancers only have half a semester to put together a show, where their only requirement is to “look fabulous” according to Harper-Wilcoxen. She admits that the workload appears tough if you don’t stay on your game. She said that, on average, dance rehearsals take 10 hours per week. This includes two separate dance rehearsals and an all-cast rehearsal on Saturdays. But for three-semester hour credits, the amount of hours actually dedicated to the course is low. Harper-Wilcoxen does admit that the week leading up to and the week of the show are intense, with students spending Monday to Friday in the theater from six to 11 p.m.

Principia hopes for all students to grow in their higher education, both spiritually, emotionally, academically, and athletically. For many Principia students, Dance Production is the vehicle for this growth. Harper-Wilcoxen said the purpose of liberal arts education is to unleash a student’s individual expression and to hear the student’s story, and this is encapsulated in dance. 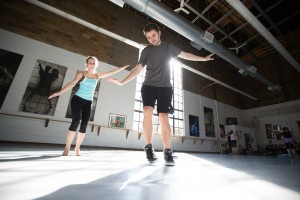 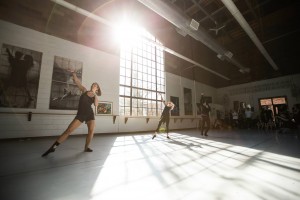