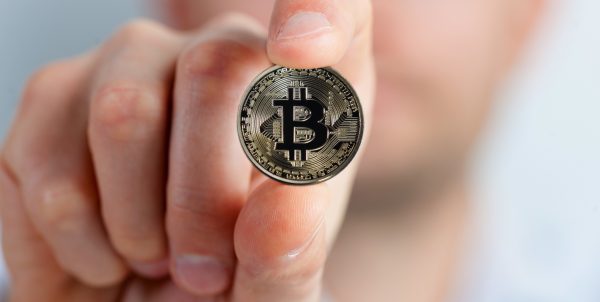 When you hear the word cryptocurrency, it may be very tempting to tune out and think, “Cryptocurrency? That’s a big a word with a complicated meaning. Why should I bother trying to understand it?” If that was your reaction and you want to stick to it, then flip to the next page. But if the words “bitcoin,” “cryptocurrency,” or “mining” peak your interest, then proceed to paragraph two.

There are a few basic principles behind cryptocurrencies to understand before addressing Bitcoin, which is a specific cryptocurrency. First, a cryptocurrency is a medium of exchange, hence the word “currency.” It is also entirely digital, meaning it’s not represented in any material form such as cash or coins, even though many cryptocurrencies use “coin” in their name, such as bitcoin. Thirdly, cryptocurrencies use cryptography (codes) to secure the transactions and control the creation of additional units of currency.

However, cryptocurrencies, such as Bitcoin, eliminate any intermediaries and put all of the power in the owner’s hands. Bitcoin became the first decentralized cryptocurrency in 2009, which means it is not controlled by a commercial or central bank or outside governing body. Apart from owners recognizing and putting their faith in the value of Bitcoin, there is nothing backing the cryptocurrency other than all Bitcoin. This is very unconventional.

Until now, the most common mediums of exchange–notes, cash, and credit/debit cards–have always been backed by some standard, such as the gold or silver standard, or by banks and the Federal Deposit Insurance Corporation (FDIC). The lack of backing for Bitcoin poses various risks and requires each owner’s trust in Bitcoin’s stability for the cryptocurrency to succeed.

Perhaps the most complicated aspect to understand about Bitcoin is how a single bitcoin is created. The process of creating a bitcoin is referred to as “mining” but has no relation to physical mining. Nonetheless, the term is likely a play-off of the original meaning. This “mining” process entails complex mathematical programming which computes an encryption function called a hash on a set of random numbers. These Bitcoin mining programs are the only way to create or earn new bitcoins, but bitcoins are also available for purchase on online cryptocurrency exchanges. One bitcoin is currently valued at $4,633.51.

Possibly the most important characteristic of Bitcoin is its limited supply. The complex programming by which Bitcoin operates has an absolute maximum supply of 21 million bitcoins. This innately restricted supply helps set the value of each bitcoin. In this sense, it is a perfect example of what Principia Professor, Tom Davidson, teaches in Principles of Microeconomics: the scarcer the supply, the greater demand will be and, if supply is limited and demand is high, the value of the bitcoin in circulation will rise.

Another important aspect is Bitcoin’s practical use for owners. When you earn or purchase a bitcoin, you become a bitcoin owner and have your own virtual Bitcoin wallet. Bitcoin.org explains that a Bitcoin wallet keeps “a secret piece of data called a private key … which is used to sign transactions, providing a mathematical proof that they have come from the owner of the wallet.” This added security is one of the features of Bitcoin that its creators hope will help eliminate fraud.

Once a transaction has been made–let’s say you booked a flight online–there will be a transfer of value between Bitcoin wallets from yours to the airline company’s. Like all Bitcoin transactions, this transaction will be included in Bitcoin’s network known as the blockchain, which is, according to Business Insider, “an online ledger that keeps a secure record of each transaction all in one place.” The process is akin to typing in your credit card number online but removes the bank backing your account and makes the transactions strictly peer-to-peer.

General use of cryptocurrencies may be approaching faster than predicted. According to blockchain.info, over 16.5 million bitcoins have been mined to date, and the value of the bitcoins in circulation has reached almost $77 billion. It might be sooner rather than later that we say goodbye to our cash and credit cards.