The Academy Awards has come under fire for its members voting for art over morality. 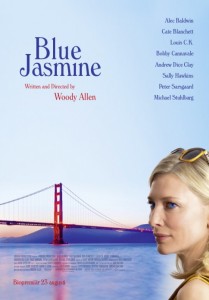 Estranged and adopted daughter of Allen, Dylan Farrow, has ignited an impassioned protest against the filmmaker, who also received a Lifetime Achievement Award by the Golden Globes earlier this year. Farrow, now 29-year-old, has appealed to the Hollywood community to take her longstanding claims of sexual abuse from Allen under serious consideration when offering him praise for his work.  In her article written for Vanity Fair, Farrow expresses hurt for having been largely ignored as a seven year old child while having to witness the her abuser has enjoyed a lifelong career of success.

Allen, the acclaimed writer, director and actor of films like “Annie Hall,” “To Rome with Love” and “Midnight in Paris” furiously denied this second round of accusations against him.

In 1993, the Yale-New Haven Hospital did not find signs of harm after their inspection of young Farrow. Allen concluded that she was coached by her vengeful mother to make the accusations. The judge for Farrow’s custodial case during her parents’ separation observed that the given hospital testimonies came from professionals that did have adequate credentials to reliably conduct such an examination. The judge resolved that the mishandling of this evidence among the manipulation of other key pieces made it a difficult case to bring to court to convict Allen with a crime. The judge did ascertain that there was plenty of evidence to name Allen an unfit parent regardless of whether sexual abuse took place.

Allen responded to the allegations in a New York Times op-ed, saying, “I loved [Dylan] and hope one day she will grasp how she has been cheated out of having a loving father and exploited by a mother more interested in her own festering anger than her daughter’s well-being.” As for the judge that condemned him twenty years ago, Allen bluntly mentions him as playing an “irresponsible” role in the legal process.and focusing on discrediting Farrow as an impressionable child whose memories have been manipulated by her morally questionable mother. The investigation itself is rife with mistakes, which is the only thing that has kept his name cleared.

Allen continues to receive support from some of his actors, such as Diane Keaton. “Mr. Allen has never been charged in relationship to any of this, and therefore deserves our presumption of innocence,” Keaton said.

Many of Hollywood’s young women have supported Farrow’s accusations against her father, while calling for Academy members to not vote for Allen in the 2014 Oscars. Renowned 17-year old fashion blogger Tami Gevinson tweeted, “I’ve loved his movies and cited them over the years but I don’t want to contribute any more to a culture that tells survivors of abuse that their voices do not matter.”

Somewhere in the middle lies the rest who don’t know how to proceed without a reliable narrative: Freshman Taffiny Kablay said that “We shouldn’t ignore [the accusations]…but [Dylan Farrow] should have taken it to the courts.”

The Oscars have disregarded the private lives of filmmakers over the years, as films like “Life of Pi” and “The Pianist” have won awards despite the controversy of underpaid visual artists by director Ang Lee and a conviction of underage rape against director Roman Polanski.

Those cases didn’t have to dispute facts like this one, and even with the controversies proven true, the films performed well at their respective ceremonies. If “Blue Jasmine” follows suit, it might prove a pattern in Hollywood’s lack of concern for actual real world dramas.