One year into your rule, you’ve accomplished little while losing the love of much of your populace. I recommend to you my work The Prince. Within this little book, I’ve summarized many useful rules for governing a newly acquired republic. These rules and warnings could save you significant grief in your endeavor to rule. 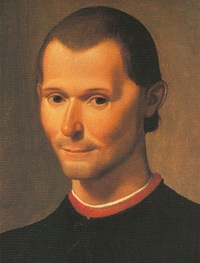 On your rise to power:

And since the very fact that from being a private citizen he has become a prince presupposes either ability or good fortune … the less a man has relied on fortune the stronger he has made his position.

You displayed great ability in rising in the ranks of your party. Your usurpation of the Clinton dynasty was very impressive indeed. You also inherited great fortune by running against a party that had lost much of its popular support under the previous ruler.

I would caution you against relying too much on good fortune and the good will of the populace in the future. This will prove difficult, as you have proven little ability beyond that of being elected. You had never governed, written legislation, or had any military experience, and this will be to your detriment as a ruler.

It should be borne in mind that there is nothing more difficult to handle, more doubtful of success, and more dangerous to carry through than initiating changes in a state’s constitution …  men are generally incredulous, never really trusting new things unless they have tested them by experience.

In your attempts to change the constitution of your republic towards socialism, you have alienated the majority of the population. As a democratically elected leader, you have exposed yourself to impending removal from office in the next election cycle. It would be prudent then to govern the people under the constitution to which they are accustomed.

There is nothing so self-defeating as generosity: in the act of practicing it, you lose the ability to do so, and you become either poor and despised or, seeking to escape poverty, rapacious and hated. A prince must try to avoid, above all else, being despised and hated; and generosity results in your being both. 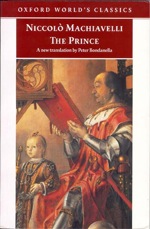 Mr. Obama, your commitment to social programs makes you despised and your country poor. You are despised by those you loot in order to fund these lavish and wasteful institutions. As a ruler of a democracy, it would be wise not to garner the hatred of the wealthy in order to gain favor with the poor. By destroying the wealth of the rich, the entire country suffers as a result.

Therefore it is wiser to incur the reputation of being a miser, which brings forth ignominy but not hatred, than to be forced by seeking a name for generosity to incur a reputation for rapacity, which brings you hatred as well as ignominy

It is clear that lavish spending only alienates and harms the citizens of the state. Instead, a ruler should be frugal and only experience the shame of having to be so. This is preferable to the combined shame of destroying your state and hatred from the people who will subsequently vote you out of office.

The first opinion that is formed of a ruler’s intelligence is based on the quality of the men he has around him. When they are competent and loyal he can always be considered wise, because he has been able to recognize their competence and to keep them loyal.

You have assembled many experts in the field of socialism, but few in knowledge of fiscal responsibility. Your appointees have been fraudulent in their payment of taxes, and it is unwise to put them in charge of financial concerns. This will result in unwise fiscal policy, and incur the distrust and hatred of the citizens over which you rule.

As mentioned above, the aim of changing the constitution is unwise and will result in hatred for you and your staff. Likewise, your appointing of czars is antidemocratic and will garner the hatred of the people. Men, being accustomed to rule by elected officials, will view the power held by these unelected officials as abusive and unjust.

Furthermore, you must maintain the loyalty of your advisers:

When you see a minister thinking more of himself than of you, and seeking his own profit in everything he does, such a one will never be a good minister, you will never be able to trust him.

It should be very disconcerting to you that your Secretary of State, and former opponent, Hillary Clinton did not attend your State of the Union address. This shows disloyalty, a distancing of herself from the ruler, and her possible ambitions toward taking power. It would be wise to respond with one of these two options. Be considerate toward Clinton. Increase her power and wealth to the point that she becomes dependent on your good will. Otherwise, remove her from her post for her disloyal actions.

In conclusion, you should consider reading my work as a guide towards a longer rule. The above examples are only a few that apply to your situation. If I were not dead, I would surely be requesting a position in your cabinet. Alas, I must retire back to the spirit realm and continue my discussions with Plato and Aristotle.