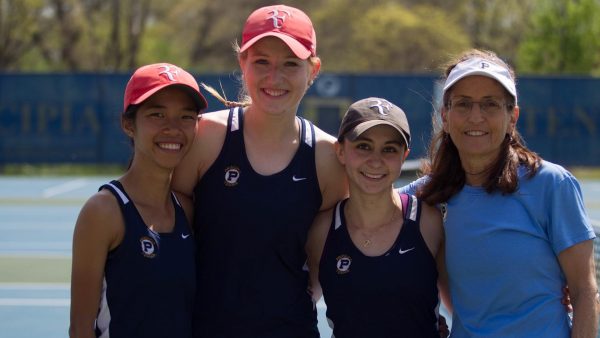 Elsah, Il— Principia women’s tennis team is undefeated in conference play with their win over Greenville.  It was the last conference match of this season and the team will prepare for conference championships next weekend.

In singles, Paige Cooley, #1 singles, did not lose a game.  She played forcing tennis and closed out many of her points at the net.  Nathalie DeLoach, #4 singles, also earned a win with her steady play and she did not give up a game.  Complete match scores are below.

The women play at Washington University Saint Louis on Tuesday at 4:30.   Conference Championships begin on Friday at 2 PM at the Principia Upper School campus. Come out and support the team!