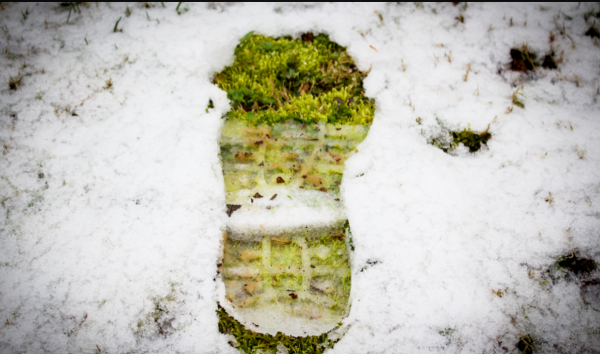 In our lifetime, we will witness the disappearance of entire island nations, the destruction of millions of acres of semi-arid crop land, and the displacement of an untold number of people from their homelands. The culprit? Modern anthropogenic climate change.

Human induced climate change is perhaps the most serious and complex issue facing humanity today. The unnatural increase of greenhouse gasses in the atmosphere has drastic and lasting impacts on the earth as well as on the plants and animals that call it home.

President Barack Obama summed it up best when he said, “There’s one issue that will define the contours of this century more than any other, and that is the urgent threat of a changing climate.”

Most Principia College students know about climate change and its causes, but they may not be aware of the devastating effects it has and the ethical dilemmas that it raises.

According to the World Resources Institute, a non-governmental organization that seeks to create equity and prosperity through sustainable natural resource management, developed nations are responsible for more than 80% of humanity’s greenhouse gas emissions. Unfortunately, in a sad twist of fate, the countries most responsible for climate change are the least likely to feel its immediate impacts. Conversely, under-developed countries who are the least to blame will be the hardest hit.

The UN’s Intergovernmental Panel on Climate Change mentions this disparity in its most recent report, Climate Change 2014: Impacts, Adaptation, and Vulnerability.  The authors note, “People who are socially, economically, culturally, politically, institutionally, or otherwise marginalized are especially vulnerable to climate change.

“This heightened vulnerability is rarely due to a single cause. Rather, it is the product of intersecting social processes that result in inequalities in socioeconomic status and income, as well as in exposure.”

If populous and intensively developed countries like China, America, India, Russia, Japan, and Germany are disproportionately responsible for the changing climate, does that mean that they have a moral obligation to assist much poorer countries that are at a greater risk than themselves?  If so, to what extent and in what form should that help be given?

The Pilot had the opportunity to interview two Principia College students about their understanding of climate change and their feelings towards the developed nation dilemma.

Senior Kat Biang says she feels that “developed nations are responsible for the changing climate,” so the first thing that should happen is “to stop abusing the natural resources of poor countries, which tend to remain economically suppressed due, in part, to developed nations’ exploitation.”

She says, “The first and best thing we could be doing is to stop taking advantage of people whose meager means focus their attention on short-term, day to day issues. While they see climate-driven changes in agriculture, drought, and conflict, they lack the technology to address these.”

Biang believes that developed nations have a responsibility to help those countries less fortunate than their own, but that the aid shouldn’t come in the form of a bundle of money. “We need to teach them how to get out of poverty through sustainable development aimed at building economic and ecological resilience,” she explains.

Junior Conrad Heath feels similarly about the moral dilemma. He says, “we do [have a moral obligation to help them], but we can’t go into those countries without their permission. It’s our moral obligation to make changes in our own country to mitigate climate change and . . . to offer our support to those countries that can’t afford to fight against climate change.”

“More than a century of burning fossil fuels to power our industrial revolution has left the atmosphere steeped in an invisible pollutant – carbon dioxide – which acts like an atmospheric blanket, warming the earth and the ocean, and wreaking havoc on natural systems.

“Industrialized countries caused the crisis and I do believe there is a moral imperative to fix it – not just for those least able to withstand the consequences, but for ourselves as well. Transitioning to a renewable energy economy creates jobs, promotes innovation, and makes it far more likely that poor countries will have access to economic development. International aid might be needed in the short term, but the only real solution is to stop polluting.”

Principia College is a diverse community with students and professors from all areas of the world, and each of us must consider the moral and ethical implications of climate change. It is important to be informed on these issues (on both a national and global level) and how they pertain to our lives.