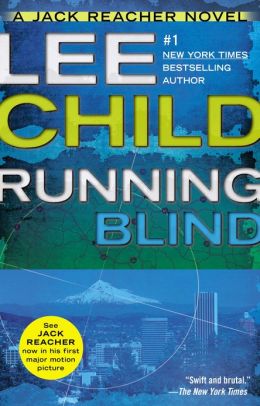 Lee Child, who attended the same high school as J. R. R. Tolkien (though not at the same time), started his writing career with the Jack Reacher series. Additions to this series continue to be better received than those before. Although there are at least 18 books in the Jack Reacher series, this article is focusing on the fourth one, Running Blind.

Child has created a character and story that are testaments to standing up for those you love, changing for no one, and the complications that occur when your ethical code is generally seen as being just shy of legal or moral.

Ethics are more personal and individual. Your ethical code is what you believe to be right, which may or may not match up with what is morally or legally acceptable. Contradiction may exist between an action we see as acceptable, and legal punishment if that action is acted upon.

Some people believe that the world has gray areas. This means that in certain situations, they believe that doing something bad could feasibly be considered justifiable. Reacher sees things in black and white; either something is wrong, or something is right. This is where his ethical code comes into play. He will do what society considers morally wrong if he feels it would be ethically correct.

For instance, Reacher beats the holy hell out of two low-level gang members who are extorting small businesses. He considers it ethically OK for him to beat the daylights out of these two men because they are threatening to hurt others with their actions. He realizes that even though he is ethically in the clear, legally and morally he might be in trouble.

Reacher is such a classy character though, that he doesn’t run away from conflicts. Since he feels that what he did was right, he will stand by his decision instead of running away from confrontation or repercussions.

The main conflict of this story is that women are dying. There is a serial killer on the loose, and the FBI can’t figure out who is behind the attacks or who will be attacked next. Their profilers believe that the man behind the murders is “A smart guy, a loner, Army, knew both victims, movements unaccounted for, a brutal vigilante personality.” They believe that this description fits Reacher to a tee. They bring him into the case in a way that is possibly wrong on a legal and moral level. Of course, this does not endear Reacher to their cause. Reacher does not want on the case, but is in such a situation that he has to act as a consultant.

The reasoning behind each decision Reacher makes in this book is utterly fascinating. There are so many different events that are vying for his attention, yet somehow, by the grace of the writing gods, everything flawlessly fits together.

You’ll be amazed with the way Reacher works things out and how his seemingly random actions end up being significant in one way or another. Reacher is formidable, the book is full of fight scenes and some dark humor, and it really makes you think about the rules you live your life by. What are you willing to do?